History of the Rhode Island Society

“What Cheer, Netop!” With this greeting, Roger Williams hailed the Indians in 1636. Thus began the settlement of what has today become the State of Rhode Island and Providence Plantations. Two hundred sixty-one years later, on 21 December 1897, twenty‑five gentlemen, nine of whom had previously been elected to membership in the New York Society and other state societies, became Charter Members of the Society of Colonial Wars in the State of Rhode Island and Providence Plantations. His Excellency Valentine Mott Francis of Newport was elected Governor, and Elisha Dyer of Providence was elected Deputy Governor General. Together with a full slate of Officers and Gentlemen of The Council, they adopted a Constitution, which conformed substantially to that of The General Society, with local Rhode Island variations. Many of the New York Society precedents have become integral parts of the Rhode Island Society’s traditions over the years; the elaborate and elegant publications, the even more elaborate and elegant dinners including the toasts there raised. Other features of the Society’s earliest days, such as the requirement that officers appear in full court dress, wig and red cape, have lapsed, but at the Winter Court, officers are expected to wear “white ties” with their sashes and badges of office.

Article X of The Constitution prescribes the coat of arms, seal, and flag of the society. The coat of arms, or escutcheon, is quarterly on Saint George of England and Rhode Island. It is blazoned: “quarterly i & iv A cross gules, ii & iii Azure an anchor gold.” The seal of the Society consists of the coat of arms, above it, the Royal Crown of England and surrounding the whole on a title scroll: “Society of Colonial Wars in the State of Rhode Island and Providence Plantations,” showing at the base on folds: “1636 1638 1647.” The flag is white; bearing in its center within a circle of thirteen five-pointed gold stars the seal of the Society in full color, the title scroll being red with white lettering.

The Preamble to The Constitution clearly defines the purposes of the Rhode Island Society. With this Eighth Record book, the Society has issued seventy publications. The first publication was issued in April 1902 and contained several rescripts relating to the events leading to the Great Swamp Fight in Rhode Island where, on 19 December 1675 Metacom (King Philip) was finally defeated by Major Samuel Appleton and his men. Publication Two is a record of the ceremony and speeches made on 20 October 1906 at the unveiling of the monument commemorating the fight and erected by the Societies of Colonial Wars of Rhode Island and Massachusetts. The site later became overgrown and virtually inaccessible. Under the auspices of The Rhode Island Historical Society, the “Island,” as it is called, was refurbished, the base of the monument was repaired by The Society of Colonial Wars, and on 3 November 1916 a separate tablet was dedicated to the memory of Major Samuel Appleton. At the present time the monument is again in a state of disrepair. Because of its location deep in the woods of the “Narragansett Country,” it is almost impossible to protect from vandalism and the ravages of time. Hopefully at some future date this monument can be restored and preserved.

Over the course of the years the Rhode Island Society has made substantial contributions to various historical organizations and foundations for the advancement of their purposes and objectives. The Society is currently embarked on a program to advance and enlarge this category of activity. 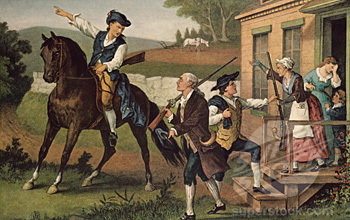 The Society is charged by its Constitution to hold a Winter Court in December and a Summer Court any time from May to the end of August. It has become the tradition to hold the Winter Court as close to the date of the anniversary of The Great Swamp Fight as possible. The Summer Court, which began as stag lunches, has now grown to an old fashioned New England clambake to which the ladies are invited. In recent years The Society has held special Courts to which ladies are also invited and has sponsored cocktail parties with the National Society of Colonial Dames of America in the State of Rhode Island and Providence Plantations.

The Rhode Island Society of Colonial Was has been pleased and honored to entertain the Officers and Gentlemen of The Council of The General Society and their guests on several occasions, most recently hosting the 1995 and 2008 General Council Meetings in Newport, RI. The 2008 General Council meeting was highlighted by the fact that former Rhode Island Society Governor Tylor Field, II, was serving as Governor General.

The active membership in the Rhode Island Society represents all walks of life, and their Index of Ancestors contains the names of many of the founding fathers of both Providence (twenty-nine have proven descent from Roger Williams) and Newport, as well as Virginia, Massachusetts, and Maryland. Although we are obliged to look to the past, as set forth in the Constitution, we should not lose sight of the fact that we must always look to the future. The Rhode Island Society has an active program and is proud of its ability to attract new members.

The Rhode Island Society is sincerely and deeply grateful to all those members, both living and dead, who have given so much of their time and talent and energy to achieve the ideals and purposes of its founders and the founders of the General Society one hundred years ago.
Gentlemen, we salute you!